Home » Blog » The Family that Works Together…

My husband took this past week off of work so that we could accomplish a couple ambitious back yard projects. We planned to lay 400 square feet of stone pathway and spread gravel beneath the deck to stop  muddy runoff. Tuesday we marked out the path area and began digging and laying the edging. On Wednesday, a giant truck carrying nearly 10 tons of stone, gravel and sand pulled up and unloaded its contents into our driveway.

We told the kids before they went to bed that night that we would need their help hauling rocks and gravel. I’m not sure if they realized then just what that would mean, but they spent the next three days outside hauling, shoveling and sweating right along with us. They moved rocks and hauled pine straw and carried load after load of gravel in trash cans and even a small bowl for the little one. 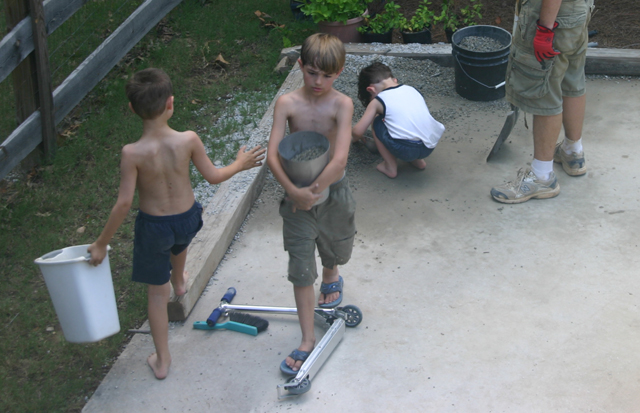 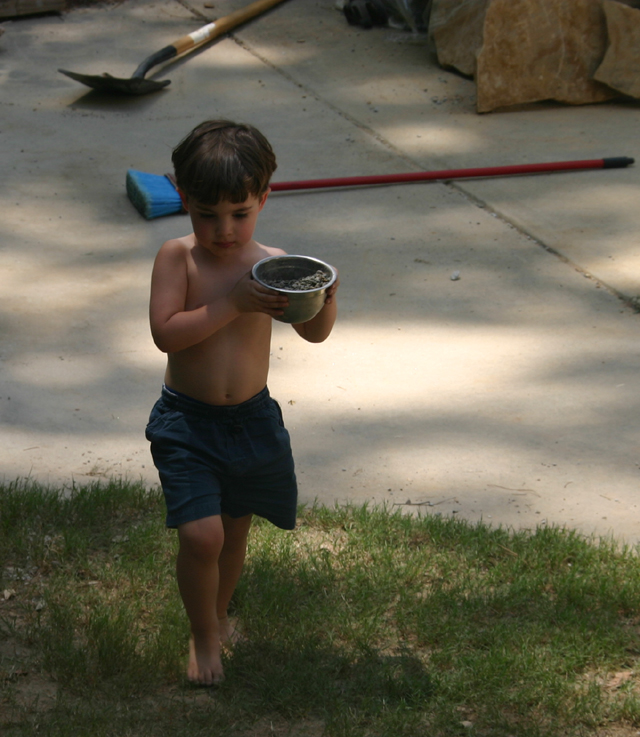 Sure, there were plenty of arguments and plenty of times when everybody wanted to quit. But there were also plenty of opportunities to encourage, praise and reward their hard work.  And in the end, they could stand back with us and take pride in a job well done. I can see their little hearts swell when they get to tell Grandma and Grandpa how they helped with such a big job. 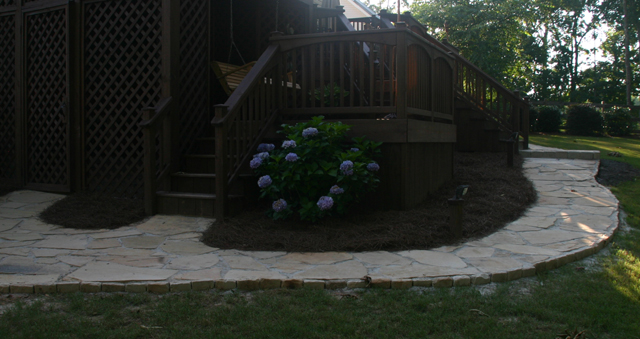 Opportunity is missed by most people because it is dressed in overalls and looks like work.  ~Thomas Edison