Home » Blog » Are your kids suffering from FOMO?

Are your kids suffering from FOMO? FOMO is very common these days among young people.

What is FOMO? It’s the “fear of missing out” and it’s very real. 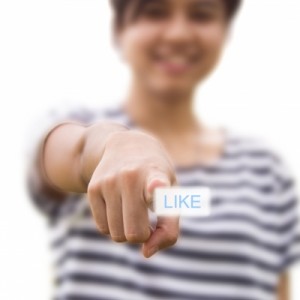 FOMO is a social anxiety. It stems from the need to fit in. To be invited to everything. To not miss out on anything. Someone with FOMO will focus on what’s going on everywhere but where they are and fear that something other than what they’re doing is a better choice than the one they’ve made. It’s a compulsive disorder.

I was quite surprised when my young adult daughter told me about FOMO recently. Evidently, because there is so much happening in the world and it’s broadcast all over social media, kids are afraid of missing out on something that’s happening elsewhere. They might not even have known about it if it weren’t for social media. But as soon as someone posts on their status something exciting that they’re doing and today’s teens can’t get to it, suddenly they’re miserable.

According to PsychCentral, “Teens and adults text while driving, because the possibility of a social connection is more important than their own lives (and the lives of others). They interrupt one call to take another, even when they don’t know who’s on the other line. They check their Twitter stream while on a date, because something more interesting or entertaining just might be happening.”

It’s hard to be happy at Julie’s birthday party when Mary and Susie are at Tracy’s party and you weren’t invited but they are Instagraming pictures of the fun they’re having. And it’s so much more fun than you’re having. (Of course it is because you’re focusing on what they’re doing and not on having fun where you are.)

It might sound kind of silly to us adults but in today’s world, kids do want to be a part of everything. I don’t think this has changed from previous generations. It’s just that nowadays people have access to what other people are doing and they feel like they’re missing out. And because people (therapists, doctors, etc.) like to give things a name, they gave this emotion the title of “disorder” and named it FOMO.

As homeschoolers, you hear all of the time the question, “How are you going to socialize your children?” As many of you know, that usually isn’t a problem because homeschool kids are always on the go. But what about when they see their friends going places and want to be there but can’t because you can’t take them or because something else is on the calendar? Apparently, that’s a FOMO.

Should this be diagnosed as a disorder though? Or is this just an old-fashioned desire to never miss out on something? And if so, let’s get to the real root of it.

My kids are now grown and they are able to drive themselves wherever they want to go. They don’t often miss out on anything unless it just so happens to be something they didn’t get invited to or something that’s planned at the same time as another engagement.

A few years ago, after we’d been snowed-in for four days, my daughter had a meltdown. All of her friends had gotten snowed-in (on purpose) at the homes of their friends who lived in Atlanta. We live about an hour north of there. She watched all week long as friends posted their sledding pictures in Piedmont Park, pictures of their shoes all lined up outside of someone’s door, etc. She was driving herself crazy (and me) because she wanted to be there but the roads were impassable. On the fourth day, she was determined to get away from “the country” (and her crazy, boring parents, haha) and get to the city, somehow, someway. How did she do it? She went outside with her daddy’s machete and started chopping at the snow-covered ice on the driveway. She nearly gave herself a heart attack. Was she suffering from FOMO? Maybe just a bit. Although we didn’t have a formal diagnosis for a disorder then. We just thought of it as the normal anxiety teens go through when all their friends are hanging out without them. No biggie. She chopped her way out and drove to a friend’s, roasted marshmallows, and had a great time. End of story.

If your children are experiencing FOMO, it’s a good time to sit down and talk with them about why they feel so strongly that they need to be a part of every activity. Is it jealousy? Low self-esteem? The need to be popular? Fear that someone will say something behind their backs when they’re not present? Self-focus? The list could go on.

Once you’ve gotten to the root of your child’s FOMO, help her see that it’s okay if she can’t be a part of everything. If she were to do that, she would be spread so thin that little enjoyment would be found from any of it. It’s an endless (and pointless) pursuit for acceptance and happiness. In all honesty, the world (your child’s world) isn’t going to end if she doesn’t get to attend one little party. 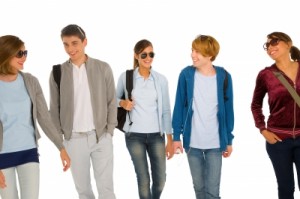 And it’s not going to end if we don’t get to do everything, either. Yes, parents sometimes suffer from FOMO. Either we fear we’ll miss out or that our kids will and we just simply can’t stand by and let that happen. If we’re not careful, we can foster self-centeredness and narcissism.

We’ve discovered in our family that God is the master scheduler. He’s real good at working things out and making sure you get to the places and events that are the most beneficial to you. When you leave the decision up to Him. Maybe the place your child thinks she has to go is actually somewhere that God wouldn’t want her to be. He’s been putting up roadblocks but she keeps pushing through them.

God knows best. God is sovereign. He loves our children more than their friends ever could. He desires to protect them, as we do. He knows what’s in their hearts and he knows why they have a FOMO (if you want to officially call it that). He accepts us as we are and asks us only to “be still” so we can know Him. Honestly, is there enough time in a day to be a part of everything that our children are inundated with?

What is the solution? Well, there may not be one, short of running away to some place that has no connection with people other than the ones you’re with at the moment. But one important step in helping your children develop their sense of self and correct priorities is to limit their exposure to “the Joneses”, the media, and especially to social media. Until they are old enough to handle the pressure. (Not sure what age that is, since we parents suffer, too, at times.) We can help our children when we encourage them to focus on what God would have them to focus on—their schooling, their relationship with their family, bettering themselves spiritually. That’s what really matters in the long run.

I hope that this has been an encouraging post for you, maybe even something that will bring your attention to what your children are going through or may be prone to go through in the future.

An an article about FOMO and the Christian: http://au.christiantoday.com/article/battling-fomo/14819.htm