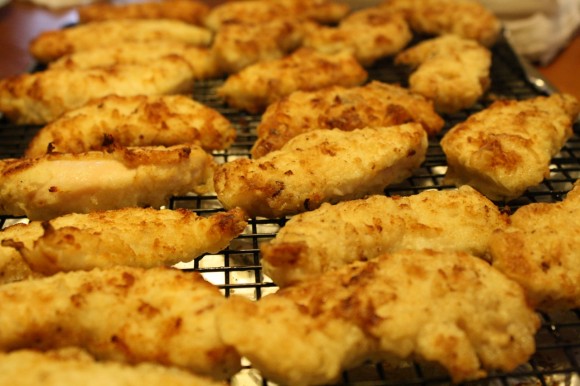 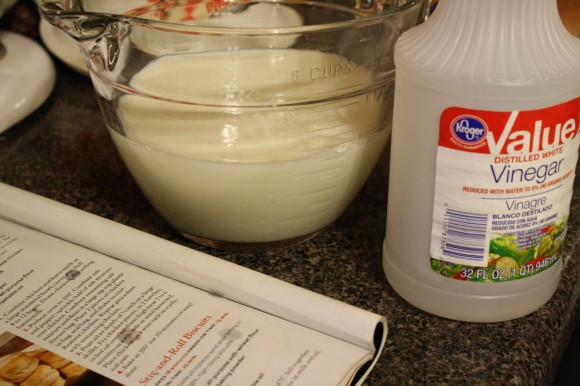 It does take some pre-planning. But I did manage to remember to put the chicken in its buttermilk soak at 7 this morning. Only I didn’t have any buttermilk. So I poured the three cups of regular milk and added vinegar. One teaspoon vinegar per cup of milk.

And I used chicken tenderloins instead of a whole chicken. 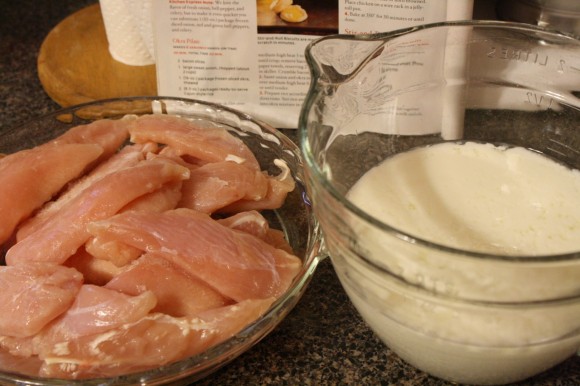 After an eight to 12 hour soak, you shake that chicken in a bag of flour, salt and pepper. Fry it up in oil until it is brown. 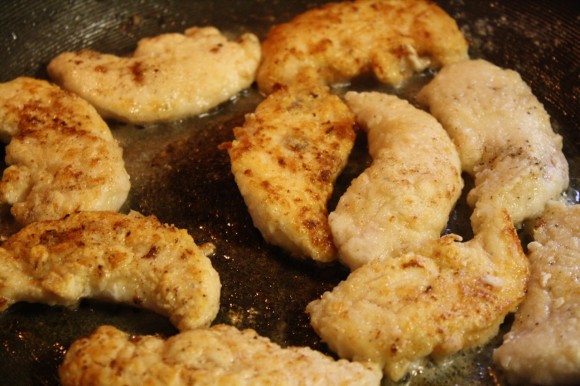 Put it on a wire rack and stick it in a 350 degree oven for half an hour. 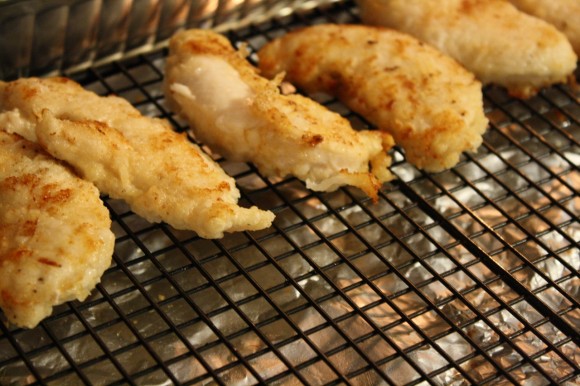 Yum. Serve it with biscuits as suggested in Southern Living’s recipe: 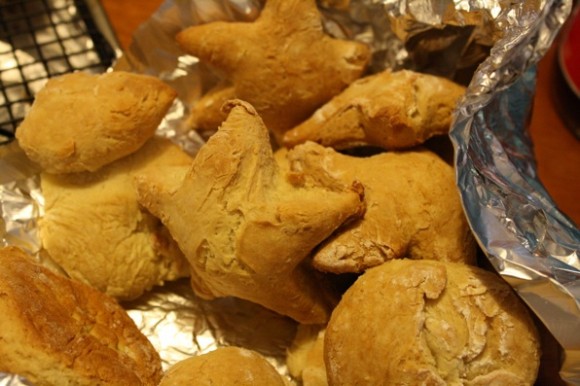 Especially if you have star shaped biscuits fashioned by an eight-year-old.  And half a watermelon.

I’m so glad I called for suggestions from the family. A family favorite since last August.