Home » Blog » No Yeast in the Bread 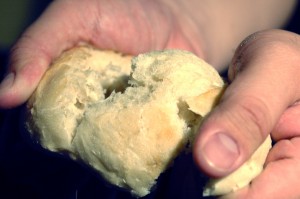 Communion bread unlike most breads has no yeast in it. In the Bible, yeast/leaven in bread symbolized how sin spreads in a person’s life or in a church or even in a whole nation. After the exodus from Egypt, the Israelites were commanded to eat unleavened bread during Passover week to symbolize their commitment to leave sin behind. Today when we make most breads for any other purpose other than communion, yeast is very helpful. Yeast makes our dough rise. It makes our bread fluffy.

Recently, I had to make a breakfast item for my Bible study group. Ironically, I was not leaving out the yeast. I decided to make my cinnamon bread. I prepared my dough in my bread machine, set it for an hour and a half, and took the dough out to let it rise for the proper amount of time. At that time, my daughter was home visiting and I was busy talking with her. As I was in the kitchen preparing dinner, when it got time to put the cinnamon bread into the oven, I noticed it wasn’t very tall. I thought maybe it would rise some more while it was in the oven. So I put it in to bake as I was chatting with my daughter and when the timer went off, I took the bread out of the oven. Guess what? It was flat. Almost as flat as a pancake. I cut into it and it was dense and thick. 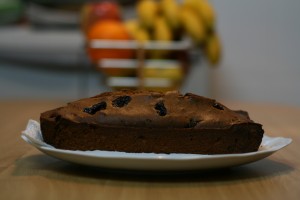 It kind of looked like the picture to the left although this is not my actual bread. If this had been another kind of bread that didn’t require yeast it probably would have been a good result. But this particular recipe required yeast. I realized I had failed to put the yeast in the recipe. So in order to have a coffee cake for the next morning for Bible study, I had to get up at 5:00 a.m. and put the dough in my bread machine and get back up an hour and a half later to set it out to rise and then bake it. The second time around the recipe turned out as it should have because I put the yeast in the dough.

For a couple of days I kept thinking about this fiasco that happened in the kitchen. And I wondered what kind of life lesson I could learn from this. 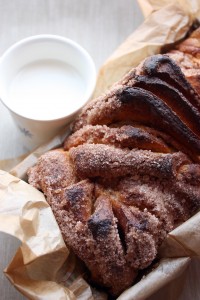 The Christian life is full of trials and tribulations. The path we walk is full of rocks and thorns and roadblocks and signs that point us in the wrong direction. Just like you wouldn’t start out on a trip without a map and without gas in your car, and you wouldn’t bake bread without all the ingredients, you wouldn’t want to start out on your spiritual journey, your parenting journey, your marital journey without the proper ingredients. I encourage you to pay attention to each step along the way. Make sure you seek God everyday for His guidance in all areas of your life, making sure not to leave out something that He wants you to have in your life.