All throughout the Bible, there are people who—well, let’s just be honest—are rougher than a piece of sandpaper. They’ve got a lot of fixin’ up to do in their lives before they’ll ever be what God wants them to be. Have you noticed how God used them anyway? And have you noticed how by the time their story was finished, God had not only done a mighty work in their lives but had used them to do mighty things in the lives of others? 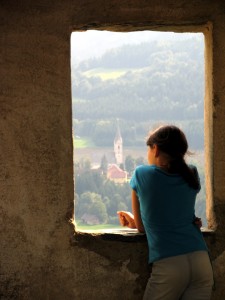 As a homeschool mom, I always tended to look too much into the future. I saw the potential in my kids and before they were ready to meet the challenges that would come with that potential, I was pushing them on to the next thing. In Elementary school, I was talking about Middle school. In Middle school, I was talking about High school and in High school, I was—well, you get the point. I was dreaming of the veterinarian or the lawyer or the rocket scientist or whatever my kids happened to be dreaming of at the time. Any little tidbit of information they gave me about what they wanted to be when they grew up or what subject they wanted to study and I was off to the library or researching on the Internet how to do it or become it.

And on the flip side of that, every little quirk or flaw either of my children had and I was on guard and ready to purge it from their lives. I had a cure, a solution, a punishment or a Band-aid that would mask or do away with that pesky little interruption to the game plan.

The problem with that way of thinking is that often times I missed out on the beauty of the “becoming” that was happening in my home, in my children, in my family. 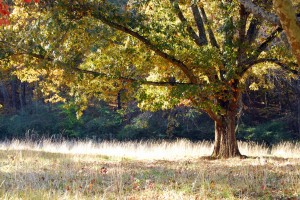 It takes time to grow plants and trees and it takes time to build character, conviction, passion, faith, and perseverance. Through that growth, there will be mistakes, flaws, teachable moments, embarrassment and pain. But out of those moments come humility, strength, wisdom, knowledge, and a calling.

Look at Joseph. He was his father’s favorite. He knew it, too. He strutted around with that coat of many colors and it angered his brothers. They were jealous of him and to be honest, they had a right to be. He was a victim of the jealousy that he caused when his brothers took him out into the desert and put him down into a well, sold him to travelers, and then lied to their father about his death. He was a slave and imprisoned. But through all of the pain, he learned much about himself and about God. He ended up in a powerful position and then had the opportunity to forgive his brothers and later care for his entire family and a nation. And instead of being jealous of him, his brothers respected him. The growth in him brought about growth in others. His full story can be found starting in Genesis 30.

Look at Esther. She was an ordinary gal who was chosen to be the new queen and wife of Xerxes. She had little confidence that she could be chosen as queen let alone do the job that was required of her—approach the king and ask him to save her people. But as God allowed her to gain favor in the house of the king, she learned much information about some pretty evil plotting that was going on behind the scenes and eventually she was able to not only save her people but to save the king, as well. Read the Book of Esther for her story.

The disciples all started out as simple fishermen and other ordinary men in society and Paul started out as Saul, a persecutor of the Jews. But they all became something useful to the Lord. They all were instrumental in leading others toward the right path. Even Judas, who betrayed Jesus and Peter, who denied Him—their stories guide us and teach us what happens when we don’t let God completely consume our lives. The New Testament is full of stories of these men.

There are many more stories in the Bible of people who started out as ordinary folks with seemingly little to offer but who allowed themselves to be used by God and who went on to be memorable world-changers. Ruth, Rahab, Daniel, David, Timothy…the list is endless. When we see people for who they will be and not just for who they are right now and when we pray for them, encourage them, and resist the urge to push them when they are not ready, we’ll be there to cheer them on when they reach their full potential and finally BECOME what it is God has called them to be.