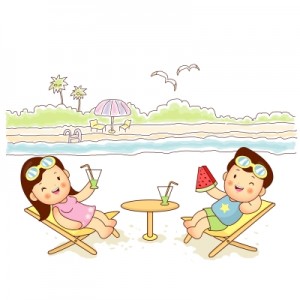 A while back I blogged about the empty nest and how it shouldn’t be something that we avoid or dread. That as couples, we should almost rejoice when we have an empty nest because it affords us an opportunity to spend time with our spouses alone and to get to know them again on a new and deeper level. It also affords us an opportunity to have a hobby or a second job or to travel. To fulfill a dream that we never had time to fulfill.

For many, especially those with large families, the empty nest will happen little by little and by the time you see your last child leave the nest, you’ve already got grandchildren begging to stay in it. For those of us with smaller families, when the nest begins to empty, you feel it immediately. But no matter what the timing, we usually think the empty nest will begin when our children are grown and go off to college or marry. It’s painful but positive.

There’s a different scenario of the empty nest that often occurs. It’s when you’re not prepared for it. It doesn’t happen with the natural progression of life. This is when a child leaves suddenly in the middle of the night after an argument and never returns. When a child is abducted. When a child chooses to live with your ex. Or when a child dies either unexpectedly or from an illness. 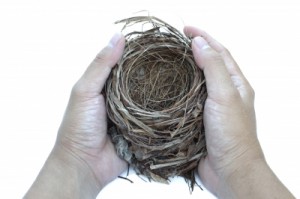 One of my high school friends recently lost her only son. He had started college in the fall and a month later was coming home for the weekend, had a blowout, hit a tree and was killed. My friend’s empty nest began with shock, grief, and shattered dreams of the future. She has a daughter at home who I’m sure she’s clinging to and doesn’t want to let out of her sight ever, but her son can never be replaced. She would have never imagined that her child would die just months after signing a scholarship with his dream college. Her dreams of having her son carry on the family name were completely snuffed out in one accident. This hit home with me since I have only one son.

Many of us will experience the empty nest in unexpected, uncomfortable, unwanted or unfamiliar ways. As a surprise or a shock or an earth-shattering disappointment. For me, my nest began to empty sooner than and not at all in the way I thought it would. Thankfully, it was not because of a tragedy.

I homeschooled my children for fourteen years. I raised them with the help of a homeschool group made up of like-minded families. My kids had a nice little cluster of friends to hang out with when they were younger. It was easy to dream of what the future would look like. Cookie-cutter and perfectly planned out.

Having taught our children about purity and about not dating until they were smart enough to pick a godly person to go out with, I thought that there’d be a nice sweet courtship of my daughter from a nice proper appropriate homeschool boy. Of course, this boy would be the son of one of my friends. But that never happened. When my daughter first started dating, she did date a homeschool boy, but it wasn’t someone that our family knew. It didn’t take long for us to learn that he had some major issues. As a result, he broke her heart. And that is the last homeschool boy my daughter has ever been attracted to.

She enlarged her territory, made new friends, and learned that there was much more to life than our small town. My free-spirited child very quickly became dissatisfied being in our nest. This child, if she were an animal, would be a butterfly or a blue bird. She desired to know more and more people and it became evident quite quickly that God did not create her to only have a small handful of safe friends. 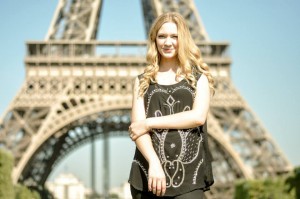 Kayla in Paris this fall

Your plans for your children and your careful guidance to make them “not like others in this world” doesn’t change who they are or the desires God put in them. Yes, you’re able to shelter and protect your children for a while, to help direct their desires toward godly desires instead of worldly desires and help them make wise decisions. But if you have a child that’s a free spirit, that child is going to be a free spirit even if you keep that child at home for school.

So my empty nest began almost two years ago with my daughter deciding to move to Atlanta. That didn’t settle well with this mama at first. It wasn’t that I wanted to keep her from exploring the world. Really and truly I just wanted to keep her safe. Period. I wanted to help her keep her purity and that would be difficult if she set out to explore the whole world as a single woman.

The beginning of the empty nest didn’t happen the way I had planned it. But God is bigger than ME and His ever-watchful eye has remained upon her. The dreams I once had for my daughter at eighteen wouldn’t have satisfied her long term. She’s not the same person she was then and God has shown her that what she once desired was not His desire for her. She would’ve been a restless soul had she married that young. In her heart there’s always been a desire to explore and to see what else is out there. She’s learned a lot about herself and the type of man she wants for a husband. I believe God held back that part of her life until she had time to become the woman He wanted her to be.

One benefit that has come out of her exploration of the world beyond our little bubble is that the more people she’s encountered, the more she’s seen she’s very unique. The more she sees that her roots run deep. Most people that she’s met were not raised with the same ideas of purity and they are blessed by her commitment to it. Although at times, this has become a burden for her, it’s also been a great testimony to God’s faithfulness and His protection.

The emptying of the nest is unpredictable. You may have one child gone and one child still at home who may not be at home for very many hours of the day. You may lose a child suddenly like my friend did. One thing is for certain: Without a doubt, the empty nest will come. One way or the other.

This is why it’s important to raise our children according to God’s Word and to teach them how to follow Him. To teach our children to desire to serve Him. To desire to honor God with their bodies, their minds, their hearts and with everything they do in their daily lives.

We can’t dictate the futures of our children.

The wonderful thing about all of this is: when you seek God and realize that some of the things you’ve wanted for your children might not be what God wants for them and you’re able to let go of your ideas of the future, that’s when God steps up and says:

“Let me WOW you. Let me surprise you. Let me give you treasures that you could have never imagined you’d have. That you’d never have asked for because you couldn’t fathom them.”

That’s when God does wonderful things with your children and for your children. That’s when He blesses your marriage even more. So the empty nest may come sooner for some of us than it does for others and it may not come as we expect it to. The key to all of this is: trusting God in every facet of your parenting from the very first day that your first born appeared in your belly to the day that your last child leaves the nest. Remember, don’t let your feathers get ruffled over things that won’t matter in eternity.

Previous Post: « A Simple Start in Chalk Pastels: Winter Olympics Art Curriculum
Next Post: A Hodgepodge of Guest Posts and Appearances in 2013 »