I thought it would be appropriate to close out the LOVE month with a little tidbit on romance. And since this is Leap Year and supposedly on Leap Day it’s okay for a girl to ask a man to marry her, I thought this synopsis on my take on romance as a Christian Romance novelist would be fun.

When I was little, I played with Barbie dolls. I fantasized that one day I would have my very own Ken doll. I loved to play with Legos and as I got older, I built homes and parked my Matchbox cars in the garage and dreamed of my husband coming home from a long day of work to eat the delicious dinner I had prepared for him. My imagination always ran away when I played the game of Life and somehow acquired ten children and needed more than one car to get around. It was natural to imagine being married and having children because that’s what women did in the 60s and 70s. 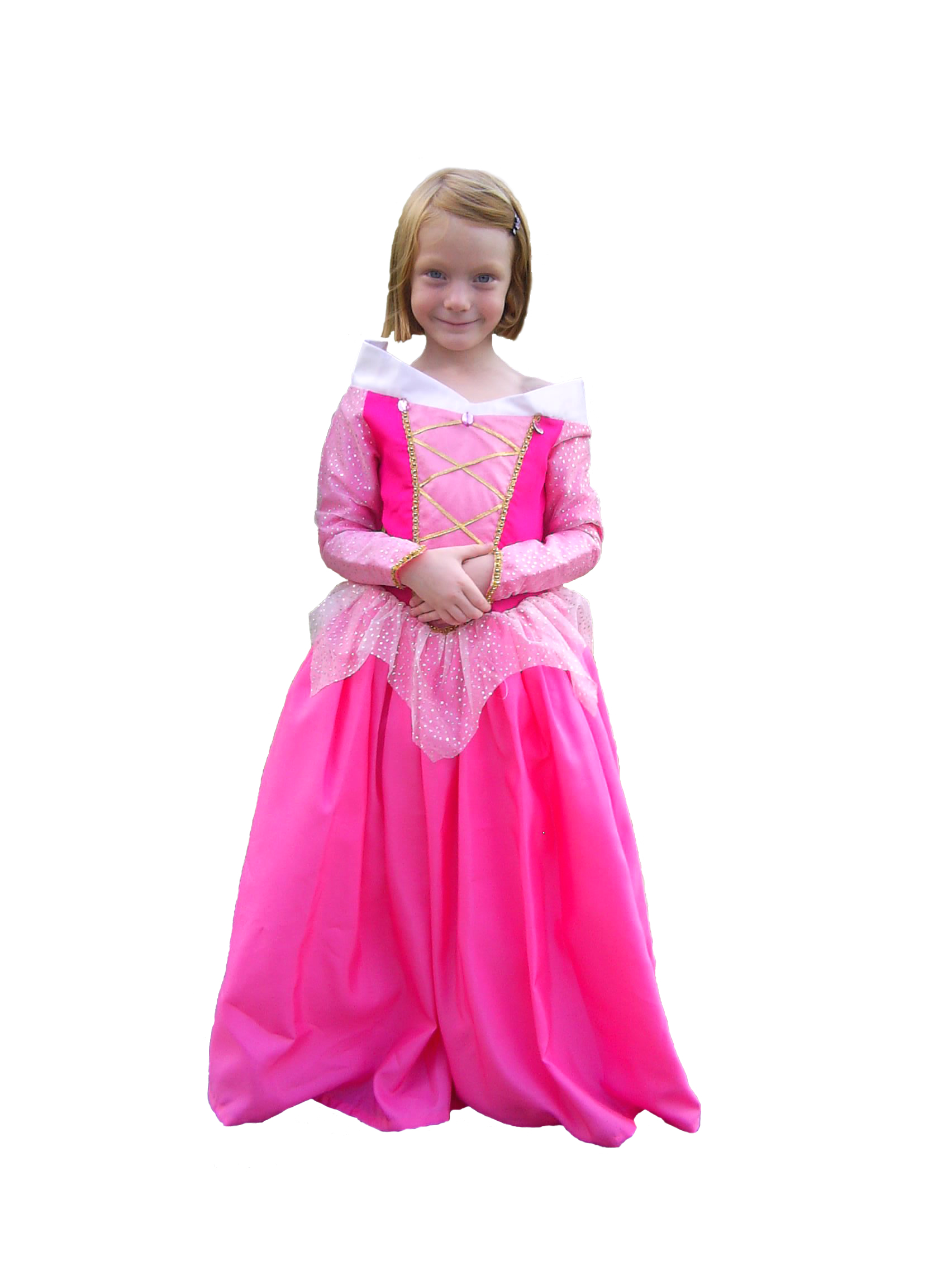 When my daughter was little, she started the tradition all over again. She got her first Barbie when she was two and instantly began imagining herself as a Star, a housewife, and a glamorous woman—the sky was the limit. It was so cute when she fell in love with Beauty and the Beast and would kiss the TV screen at the end of the movie when Beast turned into the prince. I have that precious memory on videotape. (She just went to see the rerelease in the theater and said it had the same effect on her.)

When she started Preschool and then K5, she had sweethearts; Valentine’s Day was always greatly anticipated. And we thought that was normal. Because it’s just what you did. You started your kids early on love. After all, don’t they have to practice for the real show? Doesn’t everyone need someone to love and to be loved by someone?

When my son came along and little girls started looking at him with dreamy doe eyes, my hackles raised a bit. Suddenly, I looked at those starry-eyed girls as miniature harlots and wanted them to stay far, far away from my little man.

Then I became a homeschool mom. My perspective on matters of the heart changed quicker than the mood in a room where someone tells a well-kept secret. Because of the influences of several well-respected homeschool moms, I decided it was best not to start talking of love with my children and plotting out who they would marry. Statements like: “Oh, now he’s a cute one. We should snag him now for your husband” didn’t seem so appropriate anymore. I wasn’t really sure why my other homeschool friends were opposed to this early matchmaking, but I went along.

I think I had my first kiss from the son of some friends of my parents when I was three and everyone thought it was so cute. I regularly practiced kissing with my best friend and neighbor at his house when we were five. As a teen, I thought of boys every day, all day. I wanted a boyfriend. If I had one, I wanted a different one. Of course, the goal in mind was to get a husband. Looking back, I see that no fourteen year old boy would have been husband material at the time. Did I really think he and I would stay together long enough for him to turn into what I wanted? Keep in mind that even though I was a good little Christian Preacher’s daughter, I rarely thought about the kind of man God wanted for me. I didn’t really know to do that. I guess I just thought I’d marry a good guy who would go to church with me and that would be that. That was my daddy’s main requirement anyway—that he go to church with me.

Anyway…I digress. I used to think the greeting cards and wall posters of the little kids dressed in adult clothing kissing each other and giving/receiving roses was adorable. But as my eyes were opened to the destructive nature of this behavior, I could no longer think of it as cute. As the kids grew, we began to see a trend in society that was different from the cute little dreaming and matchmaking we did as kids. So we did not allow our children at an early age to participate in “going steady” with the opposite sex (they call it “going out” these days or texting and talking). We wanted our kids to grow up seeking only the Lord for their edification. We did not want them to depend on the opinions of the opposite sex to make them feel good about themselves. Because our world robs children of their innocence very early and encourages them to be sexually active (while being sexually responsible, of course), I soon realized what my homeschool friends were doing by not buying into all the propaganda.

The church we attended when the kids hit their teens was teeming with kids who had been dating since they were something like three years old and the parents of these kids had stars in their eyes and were all about matching kids up for the prom and homecoming dances and all sorts of things like that. I’m not opposed to these things but let’s face it, many of the kids by this point were already way past the first kiss and so it began to feel almost like an intrusion into our lifestyle and our choices. Most parents didn’t understand why we discouraged dating at a young age. But that’s okay. 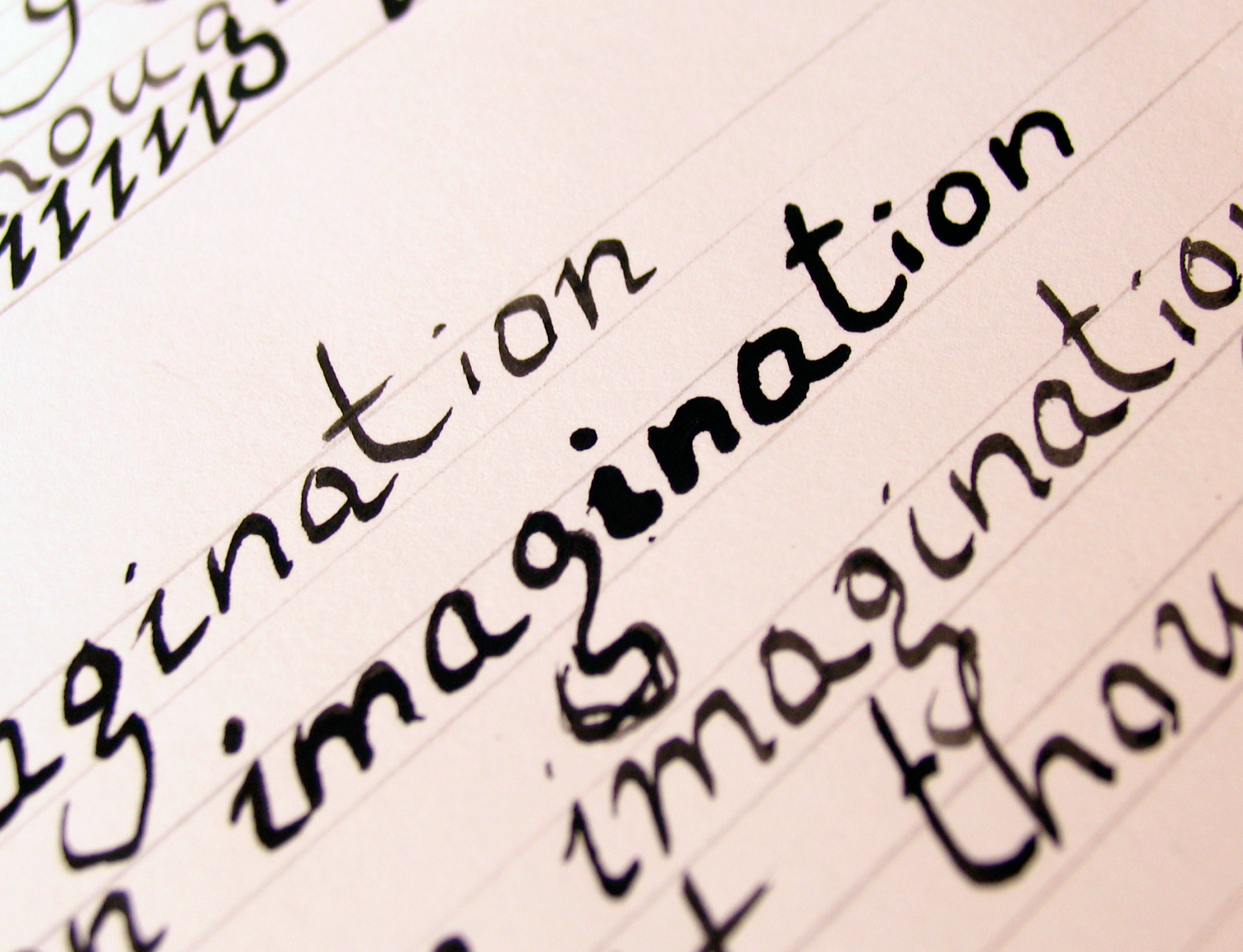 Later on, however, my “romance novelist” nature peeked out from behind the curtains far too many times and I began to imagine romantic scenarios for them.

Here’s the thing: Even though we didn’t allow dating, our children still had crushes and still got their hearts broken. It’s human nature to want that special someone. Like the mom in Footloose says, “You’re not going to put their eyes out.” They are going to look. And they want to feel normal. When we forbid them to even express to us that they are attracted to someone of the opposite sex, we almost cause them to want it more. And we cause them to hide their true feelings from us because they are afraid they will be ridiculed. The solution is: let them know they are normal for being attracted to someone but also discourage the constant preoccupation with romance. We all know that immaturity doesn’t produce a solid relationship anyway so it’s best to help our children see it from the perspective that they need to be mature before seeking to be in a relationship with someone. That should hold them off for a little while and give them something to work towards. 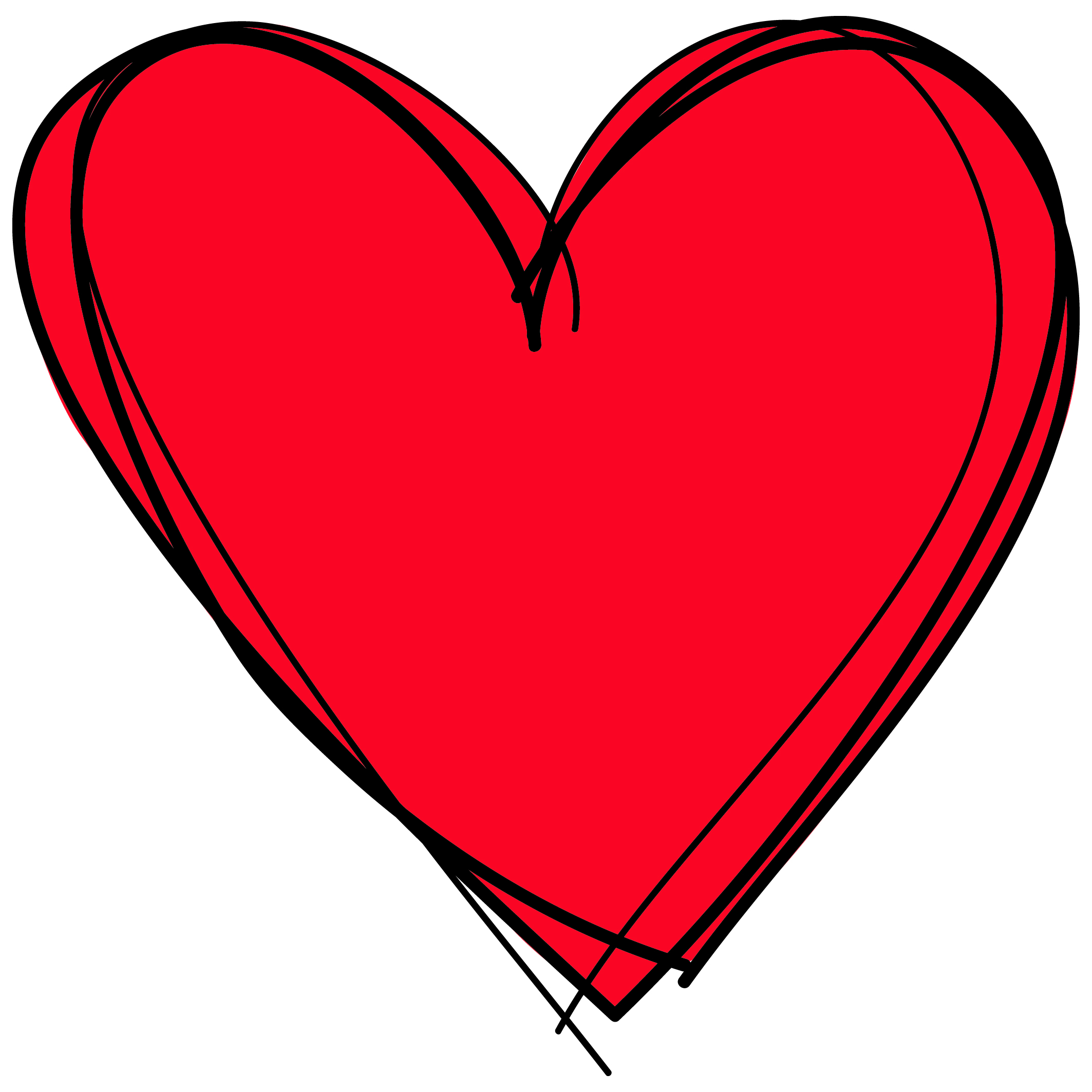 Here’s a problem: Even though we did not allow our kids to start dating early in life, because I am such a romantic, I never let more than a week go by without talking about Mr. Right, Prince Charming, the Princess waiting in the tower, etc. Looking back, I feel like maybe I sent a double message to my kids. Also, because of the world we live in, which is currently only now about 5% homeschool and 95% public school/out-of-school, there’s no avenue for matchmaking like courtship, betrothal, and all that jazz. If we lived in a nice little perfect setting where like-minded folks circled around us all day, the prospects of finding a Prince just waiting for a Princess to cross his path might be more realistic. But I’m out of the homeschool world now and so are my children. They see that there is so much more to life than just finding a mate. Maybe I should be proud of them for that. They both desire to be who God designed them to be. They aren’t graduating high school or college with just the idea of finding their mate. Don’t get me wrong. They desire to find their mates. But that’s not what they are all about. I am reminded quite often that “there’s more to life than romance, Mom”.

One reason for this reminder is that when it’s not happening, if all mom talks about and dreams about is that, it’s very disheartening to the child. If the men are not asking daughters for dates or if there are no good choices in women for the men to ask, then a parent can really bring the child down by constantly imagining these romantic scenarios. I did eventually find my prince who comes home every evening to the meal I have prepared. I did have the children. And I was relatively young when it happened. But that doesn’t mean it will or should happen that way for my children. 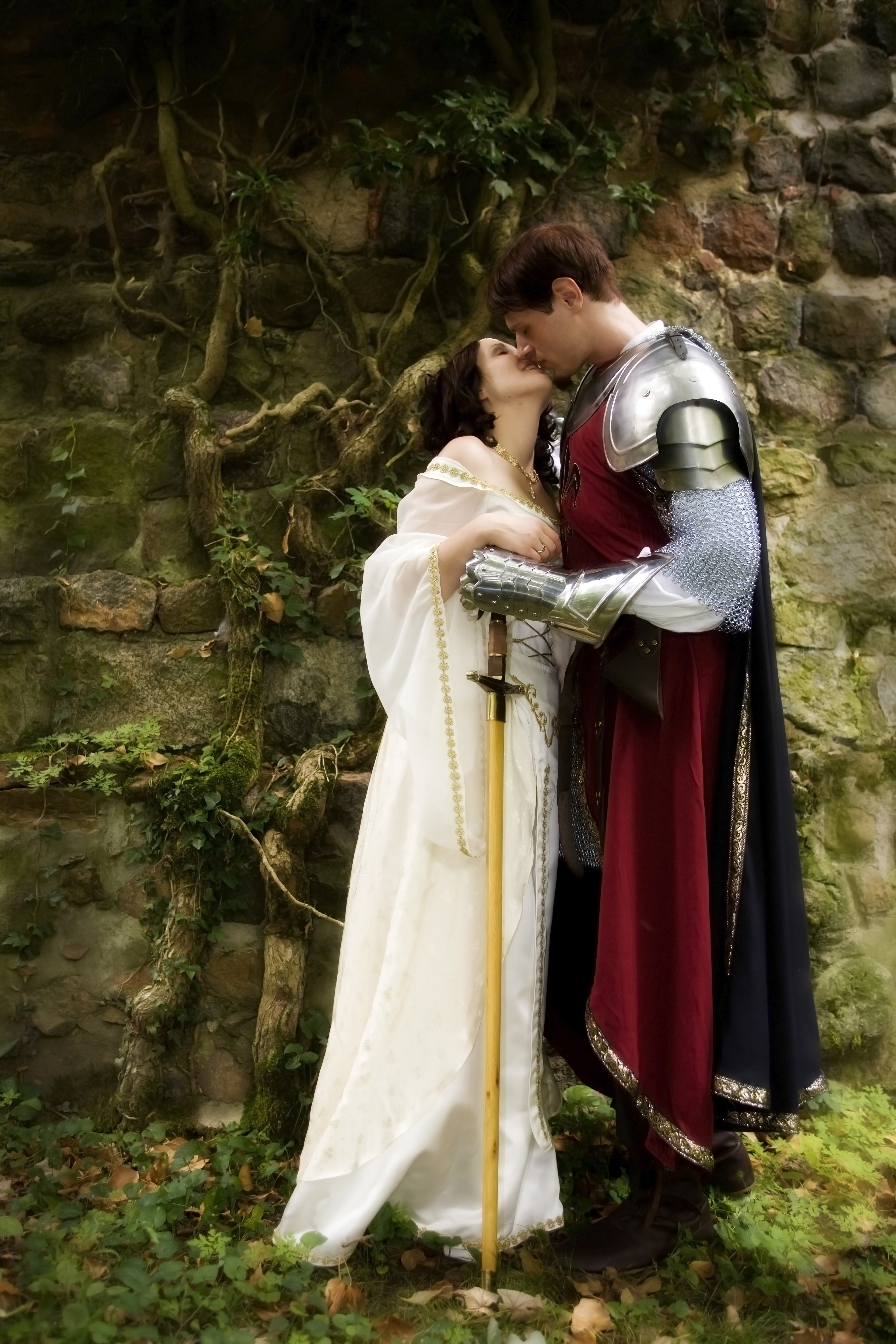 As my children have grown into young adulthood, I am so thankful that we guarded them when it came to love. Their purity is a blessing to my husband and to me and will be a blessing—no, a treasure—to their spouses one day when that happens in God’s timing.

So the main point: Mr. Darcy, from Jane Austen’s Pride and Prejudice, says: “A lady’s imagination is very rapid; it jumps from admiration to love, from love to matrimony, in a moment.” This is so true and it’s true because sometimes all we do is talk about marriage and finding that special someone from the time our children are barely old enough to go to the potty by themselves. They can’t even spell their names and we’ve already got them matched up to someone who we have no idea of how he/she will turn out twenty+ years in the future.

Men are a mystery to me and I live with two of them. Maybe I should correct that. Single men are a mystery to me. They are not the same as they were fifty years ago. They seem to want to stay boys. They seem to want to play. They want to have game night and live in their parent’s basements. They want to be accountable to no one. This is rampant even among Christian men. I have done my best not to raise a son like that!

This is the best reason of all not to start your little girls off too young dreaming of the prince that will come along. If they think they are going to find a man when they are sixteen and marry him as soon as they graduate, they might find themselves quite disappointed. [And if your sons think they will find a girl who only wants to be a wife and mother (someone who takes care of them like their own mother) they may be waiting for a long time.]

One huge bonus I have found from not allowing romance to begin at an early age is the focus on the development of your child’s spiritual walk with the Lord. A heart has room for only one lover at a time. It is best to let that lover be the Lord, the ultimate lover of the soul. He will then show our children what type of earthly lover He has in mind for them. And at the right time, that person will come along. Moms don’t need to match-make. God is the matchmaker! And when He joins two people together who have made Him the first lover of their souls, it will be a match made in Heaven.