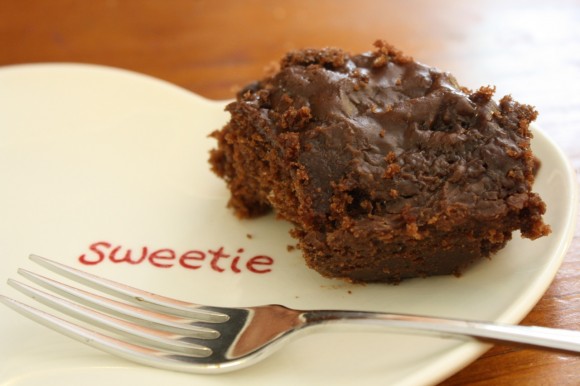 Today I’m sharing the latest Coca-Cola happiness around here. A recipe and more! 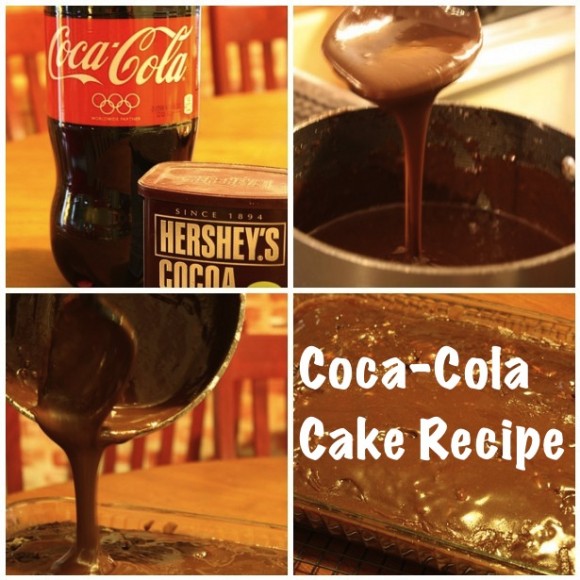 I’ve heard of this southern phenomenon. It was time we tried it. We used the Chocolate Coca-Cola recipe from My Recipes and mixed in our favorite egg substitute to make it allergy friendly. I served it after our Sunday lunch and it was loved. Definite dessert deliciosity!

The Happiness Machine at Atlanta’s World of Coca-Cola

Be sure to take a minute and watch this video! We’re hoping the Happiness Machine will strike us when we head to the World of Coca-Cola to celebrate a birthday later this summer. 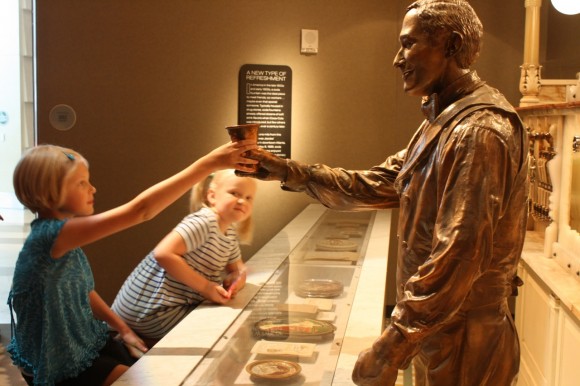 Vault of the Secret Formula

Do you remember we went to the World of Coca-Cola last year for Middle Girl’s birthday? We want to go back for the new Vault of the Secret Formula exhibit. 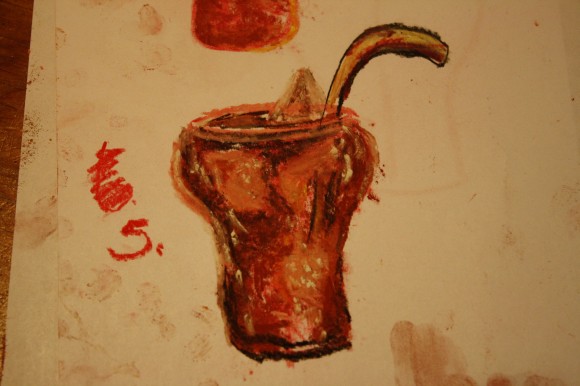 And, even though you don’t have the secret formula, you can make your very own tall glass of Coca-Cola in chalk pastels. Grab your white chalk pastel and add a scoop of ice cream on top for a Coke float! Click Coca-Cola Chalk Pastel. 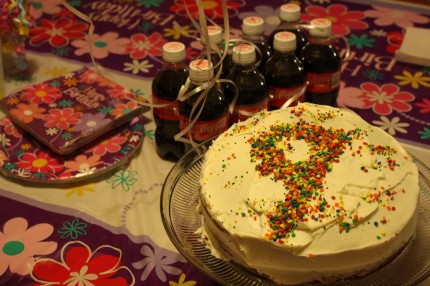 I love this idea – would be fun for the upcoming birthday party. A Pinterest find: Coke float station. 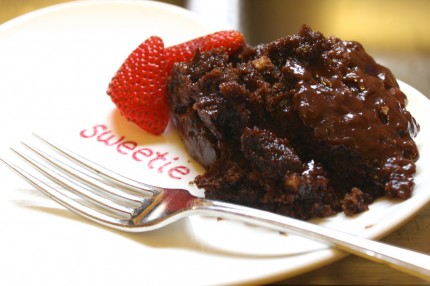 Previous Post: « 10 Great Things About Teaching Multiple Ages
Next Post: Stepping Away From the Habit of the Internet »