Home » Blog » The Accident and the Amazing Answer 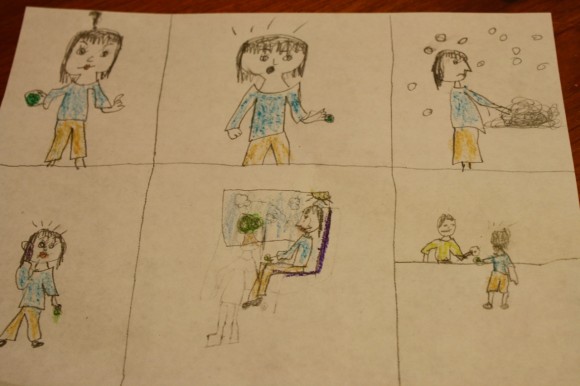 Above is a cartoon version of the amazing accident we experienced yesterday. It really was a crisis at the time. A traumatic Thursday. My motherhood and faith were tested in several ways. Here’s Middle Girl with her part of the story…

I was in little brother’s room playing with him after lunch. I was playing with a wiffle ball, tossing it around. And it landed on my left pinkie finger. Here’s where I made the mistake. I pushed the wiffle ball all the way on to my finger. I was scared when I realized it was stuck. 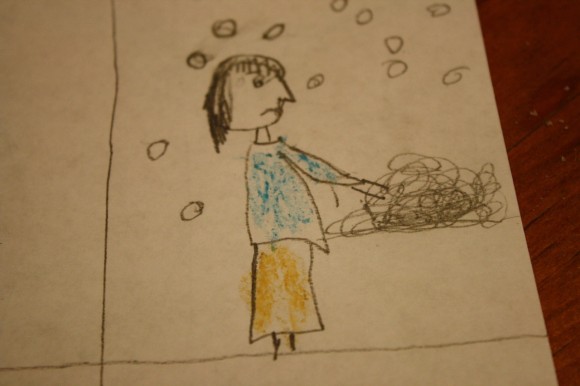 I went and showed my mama. She suggested getting some soap and trying to pull it off. That didn’t work. So, we texted a photo to my Daddy. 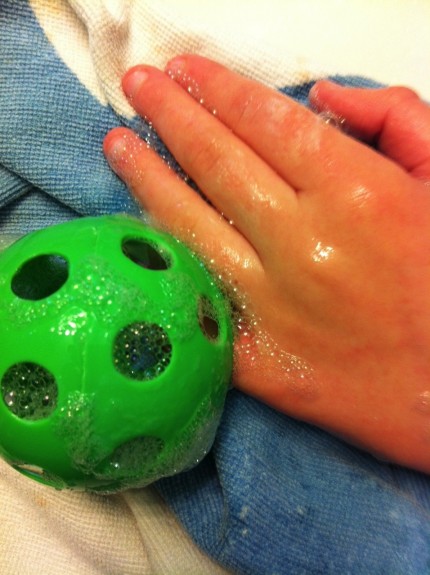 He suggested soaking the finger in ice cold water to make the swelling go down. We could turn the ball in place but we could not pull it off. My mama and I were both in tears! 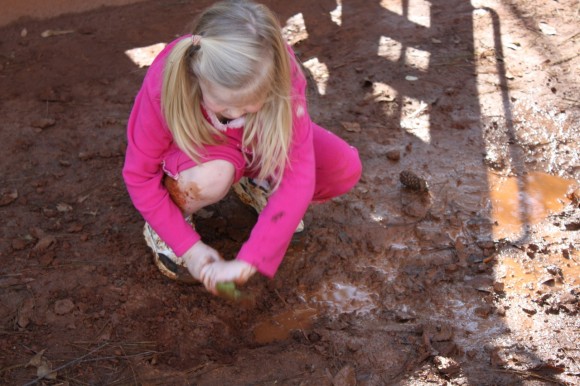 …Hodgepodgemom here. It was at this moment that someone came in with mud all over. I knew this was happening because the others had gone out to play. I don’t mind mud now and then but the timing was a little much. Into the bath she went, while Middle Girl and I worked on her finger at the sink. Back to Middle Girl…

That’s when I said, “We should pray.” And so we did. We asked God to help show us a way to get the wiffle ball off my finger!

After trying and trying and some more – about an hour and a half now, my finger was really, really swollen and pink. We decided to go to the ER. We arrived to a full waiting room and stood in line behind four other people.

When we got up to the desk, we showed them the stuck wiffle ball. A man behind the counter said he could get it off. He must have been a trained emergency worker. My mom said he was the triage nurse. He asked us if we wanted to save the ball. We said “NO!” So he took some scissors. They were not sharp on the ends so he wouldn’t cut me.

He cut the ball all the way off down to where the plastic was a thin ring around my finger. Then he said, “I’ll be back in a few minutes.” We waited for about five minutes. My finger was HUGE! 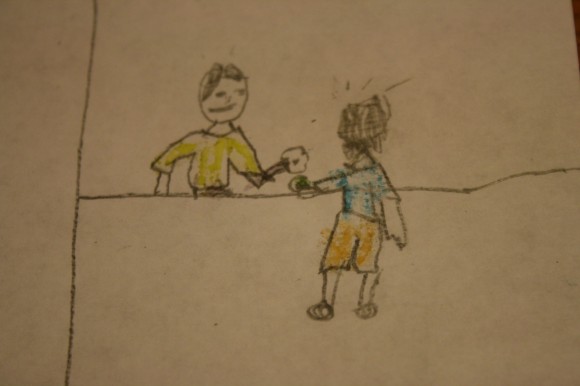 Then he came back with one of those really small, electric saws that they use to cut off casts. He showed me how it would not cut skin by rolling it on his hand. (All of this was happening on the desk at the front – right in the waiting room). 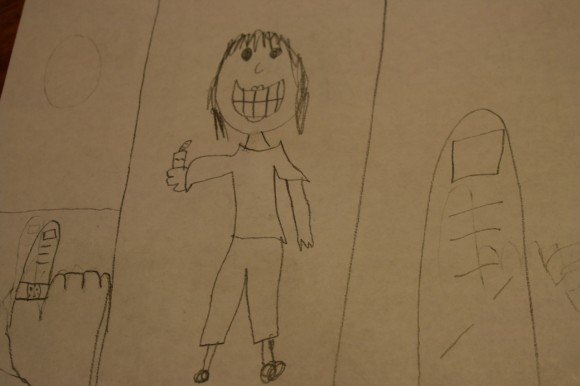 He keep sawing at the plastic ring. It cut me a little but I was so glad to be FREE!!! After it was thin enough, he snapped it and I was free. He said, “Now I’ve saved you the emergency room wait and the charge.” (it would have been like $400 – and remember the waiting room was packed.) 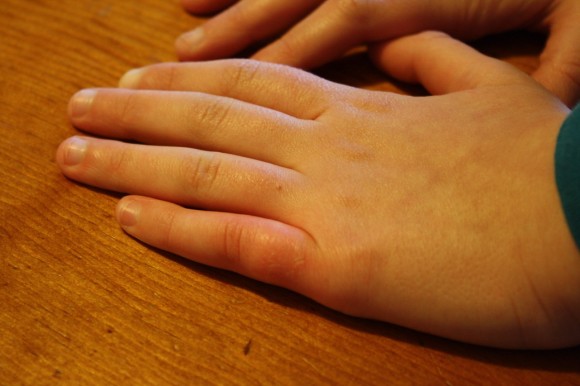 No telling how long we would have been there – and how long I would have had to have that wiffle ball on my finger!)

We thanked him over and over and asked him what we could do for him. He said nothing. So we asked his co-worker if we could write down his name and send a thank you note. His name was Abe.

We’ve been calling him Abe the Angel. 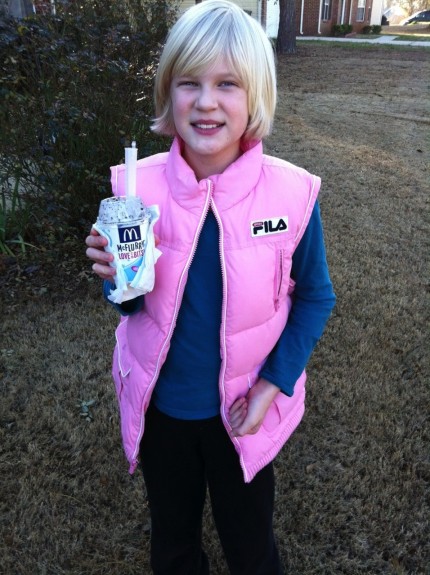 When I called my Daddy, he was SOOOO glad it was off and SOOOO glad we didn’t have to pay. Afterwards, I got an Oreo McFlurry from McDonald’s.

Hodgepodgemom here. We’ve been saying thank you and singing the Lord’s praises ever since. All the way home, we stood at the thank you desk. He answered our prayer, just as He always does.

My biggest challenges yesterday? The answers?

Silly to be thankful for a wiffle ball answer? I think not.

Those weeks you think you are teaching and the children are learning history lessons, art techniques, math skills… It just may be that the Lord steps in and teaches the whole family a huge lesson in provision and a whole heap of thankfulness.