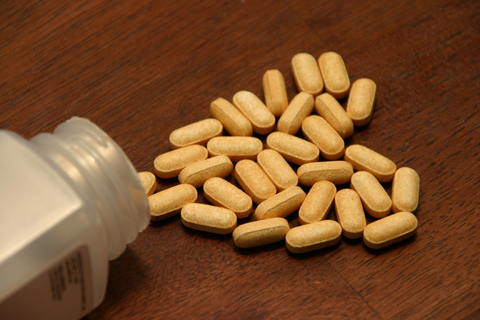 When people are laughing, they’re generally not killing each other.
~Alan Alda

Looking back, I’m not sure how our marriage survived the early years. Actually, I guess I do know. It was God and God alone that held us together. See, I was far too serious about everything. Remember the milk episode? But somewhere along the way I learned to relax. I lightened up.  I learned to laugh. And I realized that marriage can and should be fun.

Here is an example. My husband and I are do-it-yourselfers. That comes more from the price-tag of commercial labor than any measurable level of skill. Sometimes our projects are, well, less than fun. My sweet man gets pretty frustrated when construction isn’t going well. Imagine that. In the beginning I would say things like, “Please, honey, don’t get mad. It looks fine.” But as nice as that sounds, it didn’t really help. A comment like that is generally followed by, “What do you mean it looks fine?!? It looks awful! I am NOT a carpenter!” I’ve since learned that the best thing I can do when he’s ready to blow a gasket is to smile at him. Even chuckle just a little bit. Wordlessly communicate to him that this isn’t something worth being upset about; that I love him regardless of his construction skills, and that years from now, when we see the crooked post on the playground, we’ll remember how much fun we had building it together.

So many tangles in life are so ultimately hopeless that we have no appropriate sword other than laughter.  ~Gordon W. Allport

A couple years ago we took a trip to Europe. What I remember most about that trip are all the times we were on the brink of disaster, and yet, laughing about it. We were lost more times than I can count. Really, really lost, a couple of times. We got in trouble more than once for taking pictures somewhere pictures weren’t allowed. We sat in a cafe in Venice and didn’t ride a gondola or even see much of the city because my husband sprained his ankle in a church. But instead of grumbling about it, instead of griping about the horrible waste of a vacation, we laughed about it and enjoyed each disaster as a new adventure. Now don’t believe for one second that there weren’t times when the stress was more than we could handle. We argued. We fought. We regretted the whole trip. For a minute or two. But what made that trip one of the greatest experiences of our marriage so far was the laughter we shared as a result of things not going the way we planned.

With the fearful strain that is on me night and day,
if I did not laugh I should die. ~Abraham Lincoln

We don’t argue much anymore. (Though I’m sure that since I just said that publicly, I’m in for a doozey of a battle sometime today). We both realize now that it is much more fun to laugh than argue. Marriage isn’t easy. Life isn’t easy. But whatever comes, in the ups and downs, I would encourage you to enjoy it. Don’t take things so seriously. And laugh at yourselves.  Because it really is the best medicine.

At the height of laughter, the universe is flung into a kaleidoscope of new possibilities. ~Jean Houston

Kendra is a stay-at-home homeschooling mother of four rowdy boys. Ok, three rowdy boys and one who is still sweet and cuddly. She’s been married to her high-school sweetheart for twelve years. When she’s not playing teacher, nurse, cook or housekeeper, she loves to read and write.